What is the research required for a Ph.D.?

The session started with a tinge of humor by Dr.Siddharth where he expressed his love for Mathematics and Masala dosa. He described his passion for the subject and his journey of turning mathematics to a field that he now contributes to in a big way. 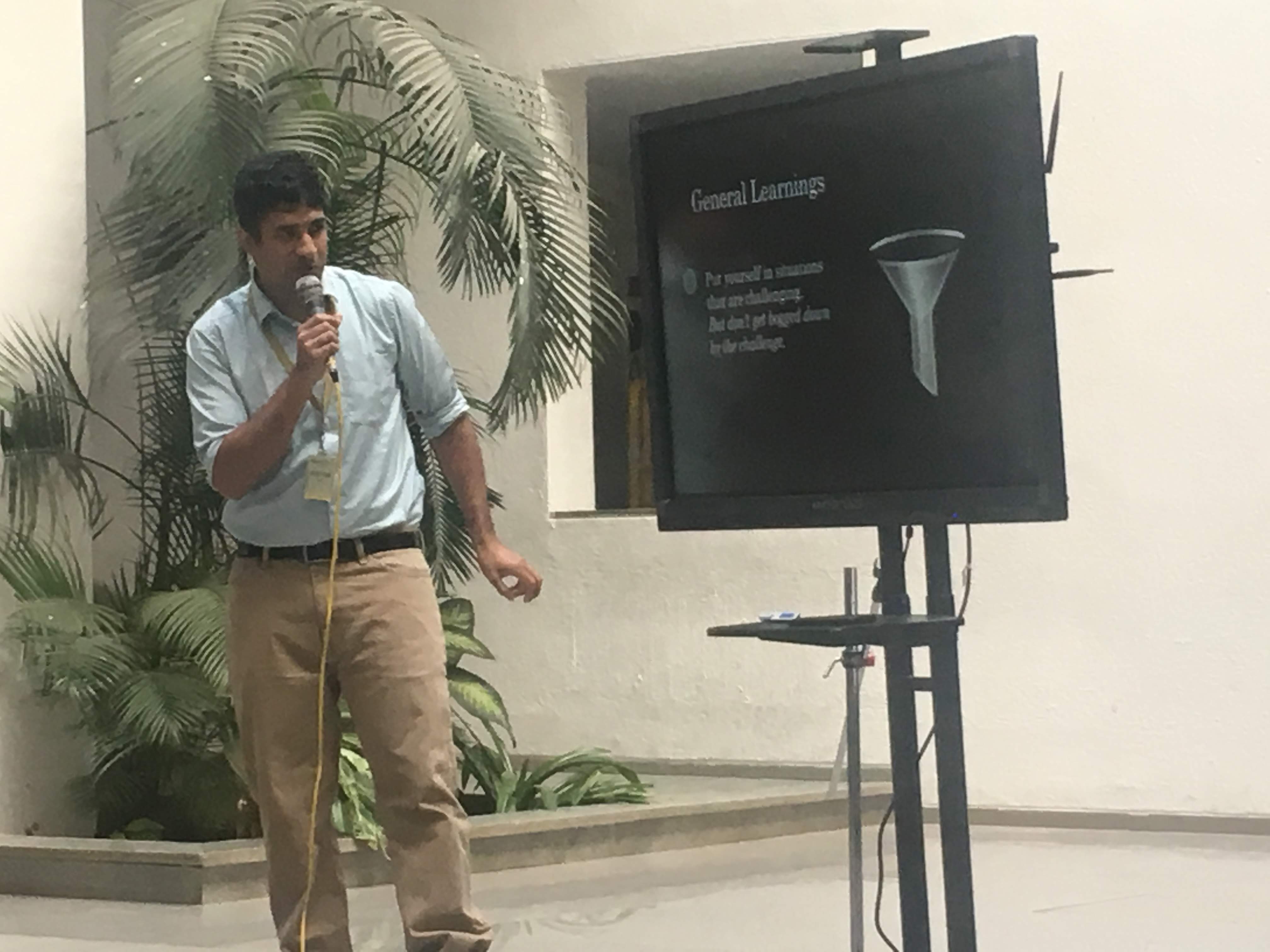 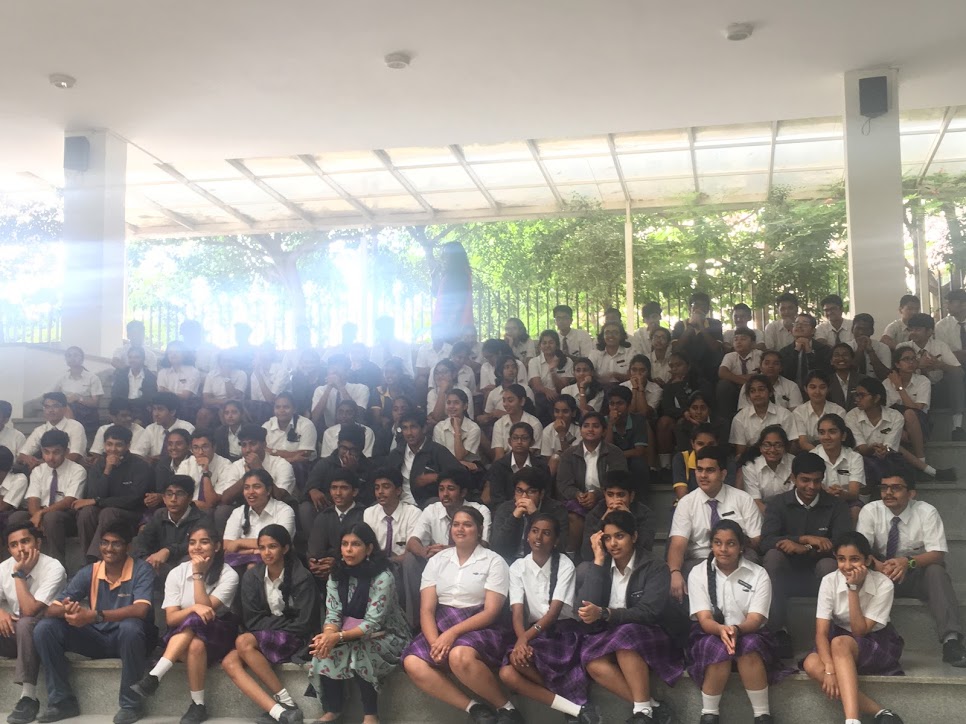 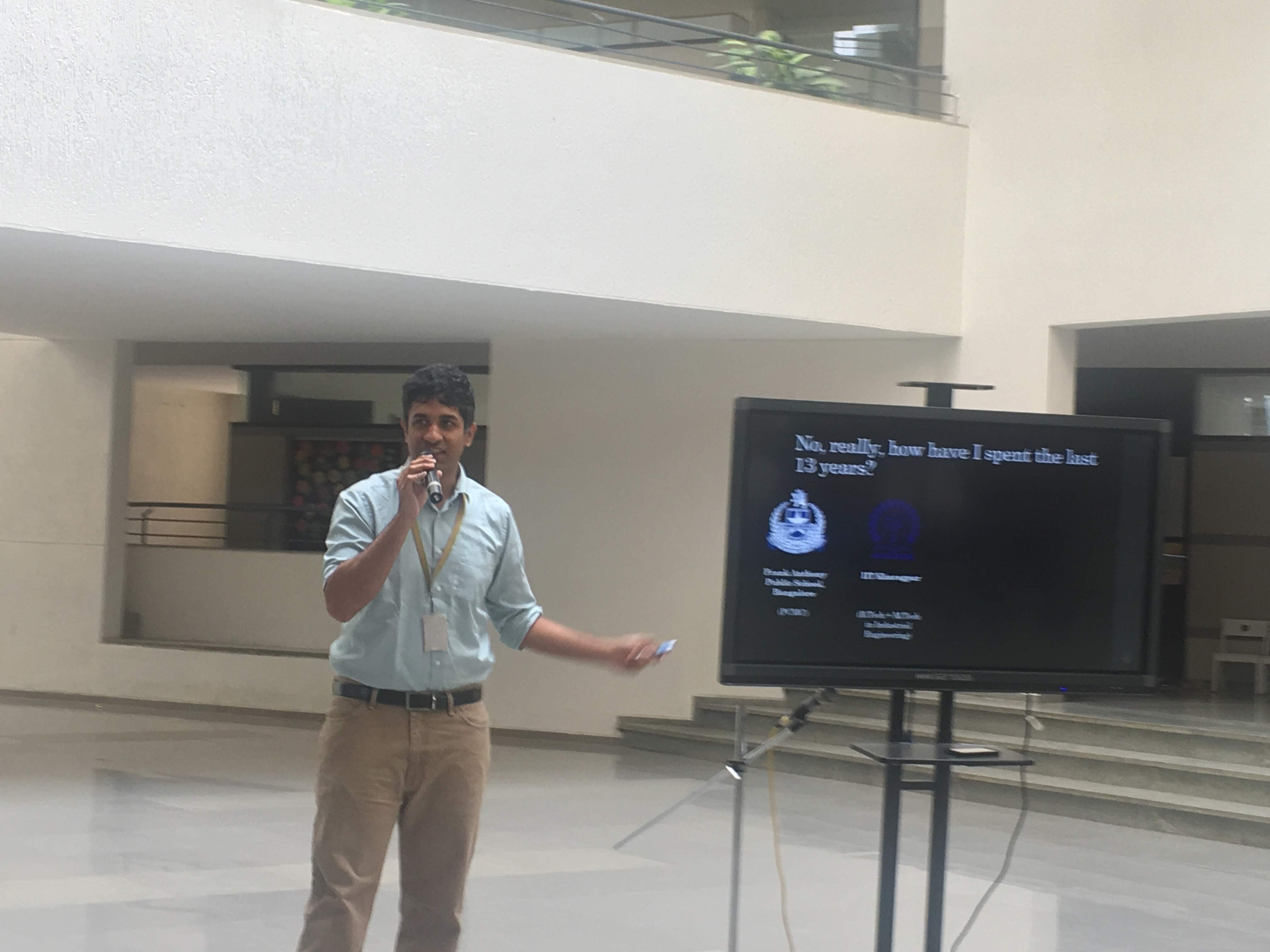 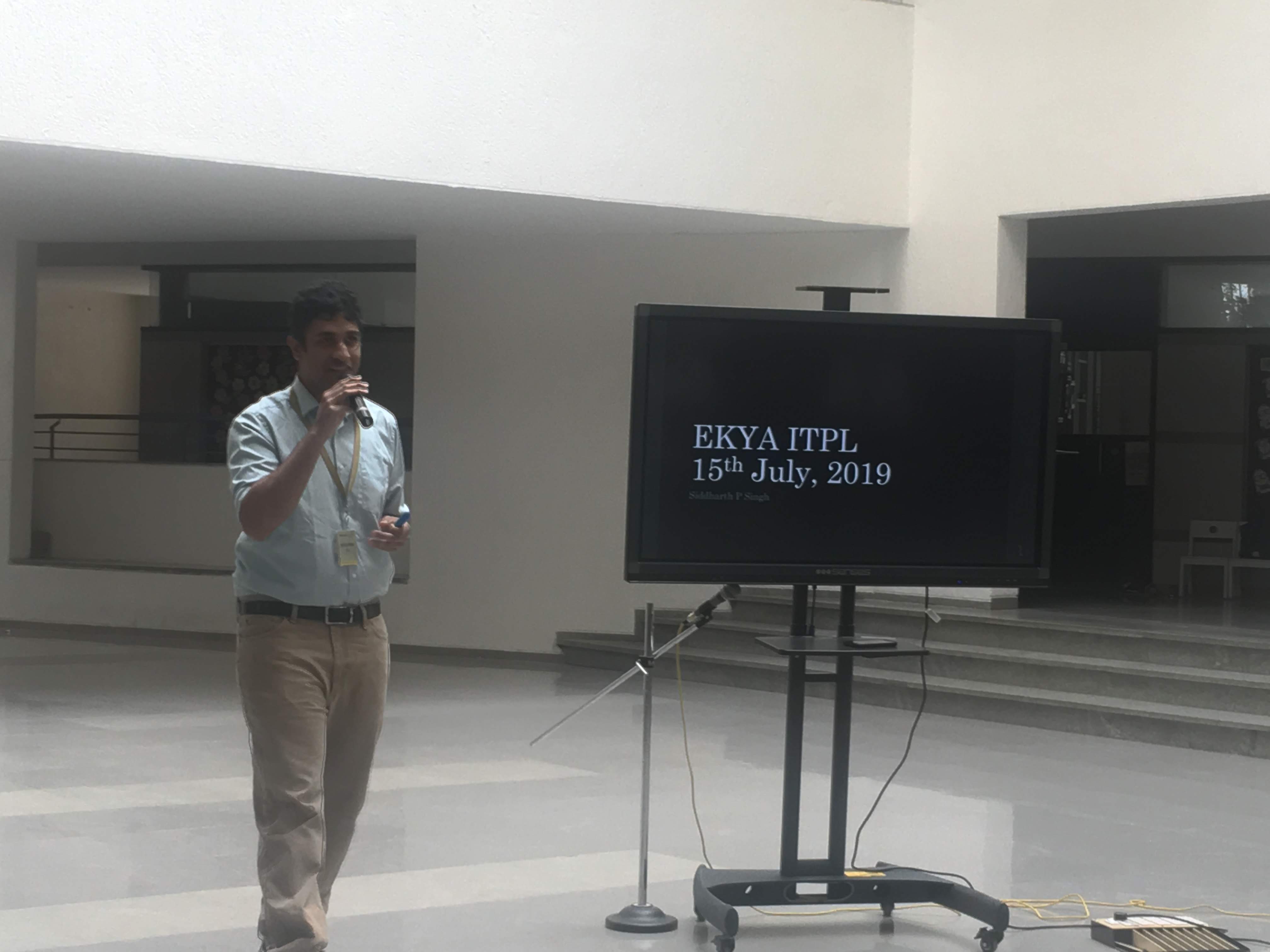 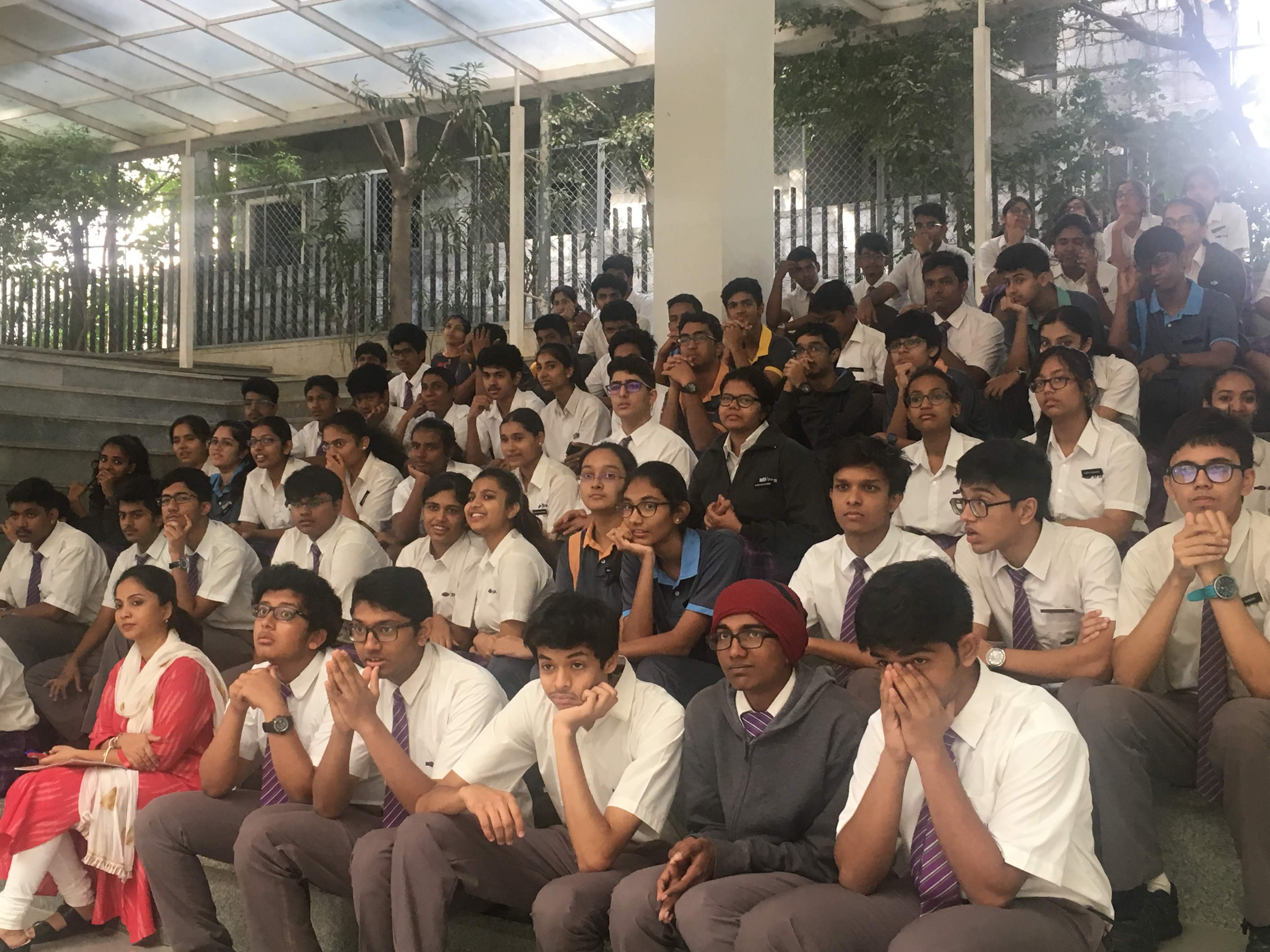 Dr. Siddharth explained his quest for knowledge through an illustration, He drew an analogy from the circle of life –  as the circle gets filled up, the curve of knowledge grows and a big bump gets created on the side of the circle, this is marked as the area of growth /specialization. He emphasized on the fact that once we reach the edge of knowledge it is important to focus and to continuously push the boundaries until a massive dent is created. This dent is called Ph.D. This illustration helped us to understand how scientists have researched, explored and pushed for innovation and transformations.

We watched a short clip from the famous TV show ‘ Cosmos’ that showed the scientific embarkment of Clair Camerson Catterson. The video presented the appalling data that Catterson uncovered from his research. The results stirred him so much that he became a lifelong advocate for protecting the earth. Dr. Siddharth took the opportunity to share the degree of impact that new discoveries have on everyone. Focussing on his own research he talked about ‘Game Theory’. It is a fascinating field that constructs mathematical models which determines possible results in a variety of situations.

Having completed his Ph.D., Dr. Siddharth suggested a few points to keep in mind. He talked about the importance of keeping oneself in good social circles and interacting with other researchers while pursuing one’s own Ph.D. There is an incredible amount of knowledge that people share and gain through communication. Overall this was one of the kinds of interaction with an expert We were encouraged and inspired to follow our dreams and be continuous learners.

by Diti Nagaonkar – Grade 12 B