NextIs Your Child Prepared For Competitive Exams? Here’s How To Gear Them! 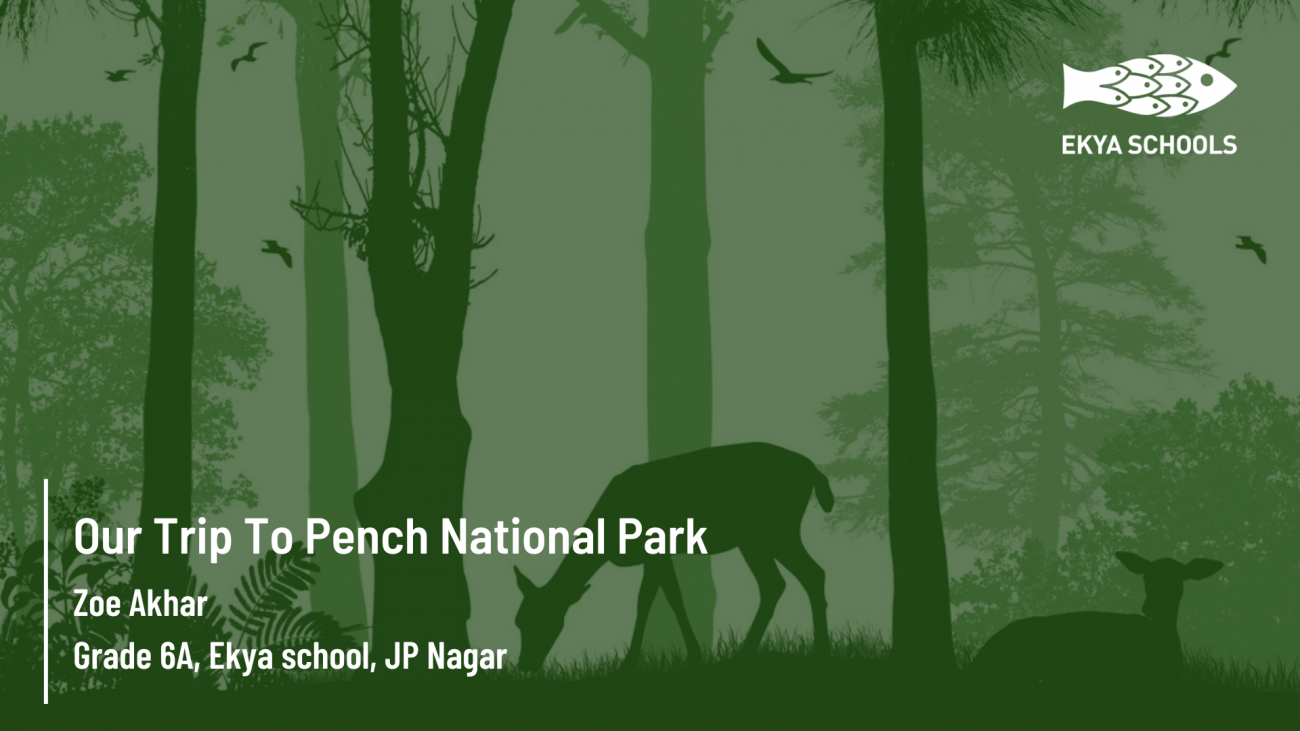 Our Trip To Pench National Park

The best trip I’ve ever been on!

Before I begin, spoiler alert: this was a blast. So, if you don’t mind reading about the best trip we’ve had without any FOMO… read on. So, let the story unfold!

Waking up at 1 AM sounds like pure torture. It was! But, It was 100% worth it. Reaching the airport was when I realised what I was going to do, and I was scared! All of us assembled at the airport, chaos all around.

We were given the tickets, and we all walked in with a friend, chattering happily, excited about what would happen next. After a considerable wait and lots of roaming around, we boarded the plane. Everyone was bustling around, trying to get in. Finally, we heard some good news “You can switch your seats!” Shanti Ma’am hollered. Everyone was elated! The flight was pretty uneventful, except for some people screaming, “Bharat Mata Ki Jai!”

Once we reached Nagpur airport, everyone was worried. We couldn’t find our bags! After a bit of waiting and worrying, we all found our bags and boarded the bus. The whole ride was filled with sleepyheads. After two and a half hours, we reached a halt. We walked for a bit and got to the resort. All of us were famished! We entered the restaurant and the rooms were decided. After some relaxation, we went for lunch and returned to our rooms, trying to figure everything out.

We didn’t do much; we just attended a session on mammals and birds, which was pretty informative. We had high tea and interacted with a forest guide about the national park. After dinner, we all went to our rooms, everyone tired and coming to the end of a long day.

Guess our surprise visitor, Langurs! On Day 2, we went out and about around the village. After breakfast, we went to a town to try our hands at pottery (none of us was perfect), but it was fun! We stopped for a group photo and rested for a bit.

After lunch, we went to the nearby village. We interacted with villagers and asked them a few questions (we practised Hindi as well). After talking to them, we went to a nearby pond before returning to the resort.

Wait, day two did not end here; after a break, we learnt about insects and snakes. The cherry on the cake was getting to touch an actual snake…YES. It was so cool! After dinner, we went to our rooms for some well-deserved rest.

This morning started with a startling phone call. We all were worried, but it was just a wake-up call. We got ready at 4 AM, all pumped up for a safari.

We didn’t see much, some Nilgai, lots of spotted deer, and a few wild dogs and jackals here and there. Everyone ended up dozing off!

After we reached the resort, we lazed around for a bit and went to look for insects later in the day. There were dragonflies, insects, birds, and butterflies, and we could identify them (the presentations did pay off). We had fun for a bit in the evening, cycling, playing TT, badminton and enjoying our time.

Then, it was the BEST evening ever! We loved it. A roleplay followed by a bonfire! The roleplays were fun to watch. During the bonfire, everyone just roasted marshmallows, and we all talked. The best thing was the pasta for dinner (everyone took loads!) After what I would call the best trip day, we all went back and flopped to bed.

All good things must come to an end! And that day was today. We went for another (much more eventful) safari. We saw jackals, wild dogs, a tiger footprint, lots of deer (some samba ones, too), nilgai, langurs, etc. There were so many that I can’t remember some.

After the safari, it was time to leave. There was loads of last-minute packing, and we set off. This bus ride was way more fun and filled with music and chatter. As we reached the airport, the realisation of returning home sank in (Bye Nagpur).

All the check-in and packing were a complete blur. We waited near the gate, enjoying snacks and the time we had left. Everyone was sad about leaving. The plane was as quiet as a mouse, and no one bothered to switch seats. I realised how valuable the memories I got here were. As soon as we landed, everyone went back to their friend group. It was noisier than ever. After exiting the airport, everyone said their goodbyes and left.

This was by far the best trip I’ve been on! I swear none of us will be able to forget it.