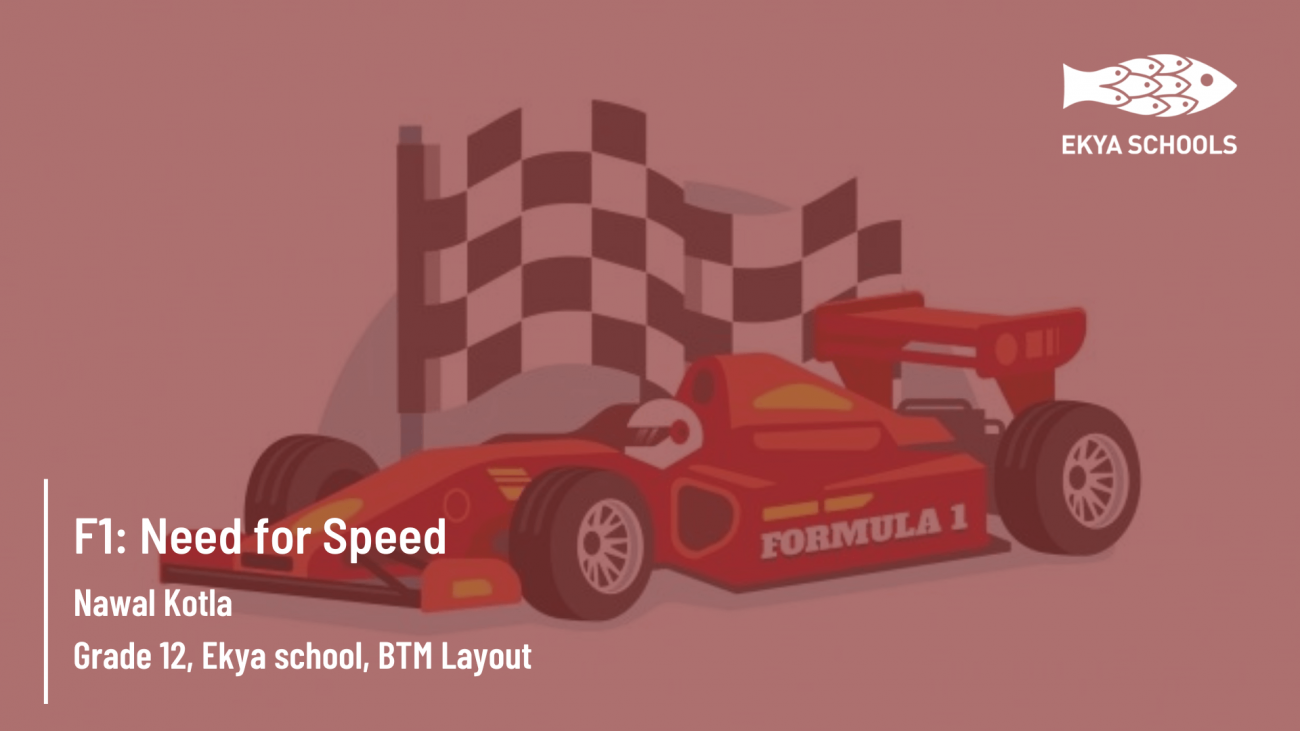 Formula 1 is the pinnacle of motorsports and is considered the fastest sport in the world. The races are filled with adrenaline-pumping action as race car drivers navigate hairpin turns and high-speed straights at breakneck speeds. These high speeds create one of the biggest challenges for Formula 1: pollution. The FIA International Conference on Road Safety revealed that driving a race car for 20 minutes produces about the same pollution as driving a regular vehicle for 320 hours—almost an entire month. If you have been following Formula 1 over the past few years, you may be aware of how much things have changed. New regulations have added hybrid engines, aerodynamic wings and even larger cockpits to cars. Some say these changes are necessary; without them, we risk losing racing as we know it. But what will happen to Formula 1 in response to pollution? Will there be a new type of track racing that doesn’t produce so much exhaust? Perhaps not… Let’s try to find out.

Every year, Formula 1 races across the globe, attracting millions of fans. However, the sport is producing an unbelievable amount of combustion waste—the pollutants created by an F1 car while racing is high enough to threaten human health. Formula 1 is polluting the atmosphere and has been doing so for a while. The FIA, the governing body of Formula 1, has been looking for solutions to the pollution problem since the 1990s. Back then, the organization started exploring how to reduce harmful exhaust fumes. However, the first solutions were not implemented until the following decade. Automobile manufacturers have been producing less polluting cars for some time now. But as Formula 1 cars are not made for regular road use, it is harder for engineers to design a hybrid vehicle that can withstand the stresses of racing. Formula 1, after all, is an extreme sport unlike any other.

The first Formula 1 race was held in France in 1906. At the time, the race was held over just 80 kilometres. The following year, the French Grand Prix was born over 342 kilometres. Over time, Formula 1 grew in popularity. By the mid-1950s, the number of races on the calendar had increased to around a dozen. However, the sport hit a hurdle in 1955 following the Le Mans disaster. There were several fatalities at the Grand Prix of France following a crash. As a result, the FIA implemented new regulations that reduced the number of races in the championship. However, the sport underwent another change in the 1990s when the FIA introduced new rules. These aimed to reduce pollution and increase safety. In 1994, Formula 1 cars started using less polluting turbocharged V10 engines. In 2002, the engines were further reduced when they were switched to 3000cc V10 engines.

Engineers from the FIA have tried numerous solutions to reduce the amount of pollution produced by Formula 1 cars. One of their first proposals was to make the sport more fuel efficient by reducing the number of kilometres each vehicle travels. The idea was to reduce the length of each Grand Prix from the contemporary distance of about 300 kilometres to about 100 kilometres. In doing so, engineers calculated that the cars could travel at a lower speed and still finish the race without needing extra fuel. With the shorter race, there would also be less pollution in the air. Another option that engineers looked into was making Formula 1 cars smaller. This idea was to shrink the car’s size to make it more efficient. However, shrinking the vehicles would mean drivers would have to sit inside a smaller cockpit. This would force them to sit awkwardly, leading to health concerns.

The good news is that Formula 1 has been working on reducing pollution from racing. The bad news is that the sport’s governing body has yet to devise a solution that works effectively without compromising the car or driver’s performance. While hybrid engines are cleaner than regular ones, they produce a large amount of heat. It takes a lot of energy to cool down this heat, which significantly impacts the environment. Air-conditioning the cockpits of Formula 1 cars is another challenge. Engineers are currently working on reducing the electricity used by air-conditioners. Formula 1 will likely continue to produce high levels of pollution. However, the sport may transition to a well-developed hybrid engine without going completely electrical. This would reduce the number of harmful exhaust fumes in the air. Hybrid engines could also generate electricity for charging electric racing cars.

The Future of Formula 1 may be uncertain, but one thing is for sure: pollution is the price paid to enjoy the essence of the sport for what it is. Hybrid engines could be the solution, but significant changes must be made to the sport’s infrastructure to accommodate them. Many fans and engineers aren’t pleased with turning the sport into Formula E. With the pollution caused by Formula 1, it is clear that the sport needs to find a solution before it becomes too damaging for society and the environment.